Pork Tamales in the Crockpot

I will tell you that the assembled tamales are totally doable (to steam in the crock) BUT I did it both ways (crockpot and stovetop) and it was better to steam on the stove.

First, lets get something straight.  *If* you are going to make tamales.  Plan to make like 100.  It is WELL worth your time to make a buttload rather than to make a few and call it good.

This recipe should make around 6 dozen.
Step 1: The day before you plan to assemble- (Let's call this a weekend project.)
Crock the following to make the filling:
A 4-5 lb Pork Shoulder Roast-  I added a small can of green enchilada sauce, a tbsp garlic, and 1 large minced yellow onion at this stage.

Step 2: When the pork is done cooking, shred in it's juices and add:
1-2 cans green chilis
1 large can green enchilada sauce
1 can corn (drained)
Any seasonings you'd like.  I added red pepper flakes and some cumin.

Put aside or if this is the day before, refrigerate. 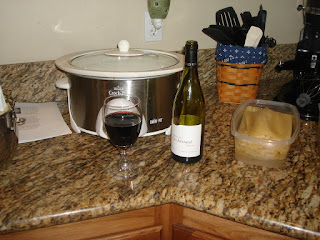 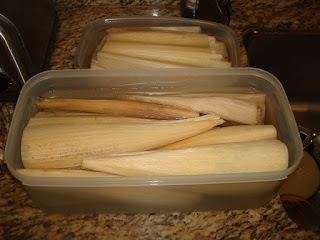 In HOT water: Soak the corn husks.  You will  need to change the water out several times in this process. You want the husks completely pliable.

Now it's time to make the dough. 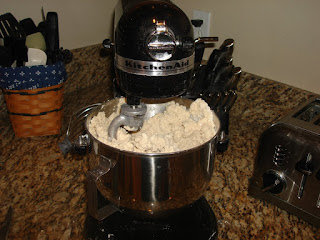 In a mixer, combine:
Crisco or lard and salt. Whip on high speed until fluffy. Add masa harina and beat at low speed gradually adding a little bit of stock until you have the consistency of soft & fluffy cookie dough.


Now it's time to assemble. 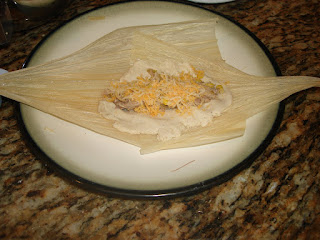 I found it easiest to use 2 husks (lay as shown).

Put enough filling to cover the center of the dough and then cover with cheese.

You will get into your own rhythm with rolling these up, and its semi-hard to explain, but I would grab the (as seen in picture) top and bottom with both hands and gently (using my palms) roll it together so the dough seals to itself.

Next, take a soaked husk (find some long ones) and peel some strands off so you have 'ties'.  Fold the tamale up and tie off. 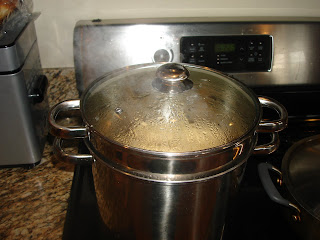 If you choose to make these in your crockpot, (attempt) to make a 'steamer barrier' of some sort on the bottom before placing the raw tamales inside.  Put a little bit of water at the bottom and stack. I would say crock on low for about 2-3 hours or until the dough is cooked. 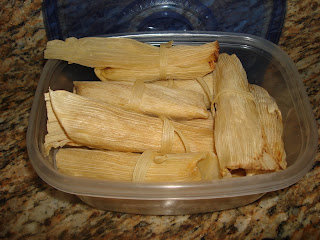 You can easily check the tamales while they are cooking.              ******I way prefer to cook these in my large stock pot.  It cuts the cooking time down to about 45 mins to 1 hr.  All you are doing is steaming the dough.
Sad presentation, I know, but these were seriously incredible.  I used regular canned red enchilada sauce poured over the top when I served.