Naan is for everything 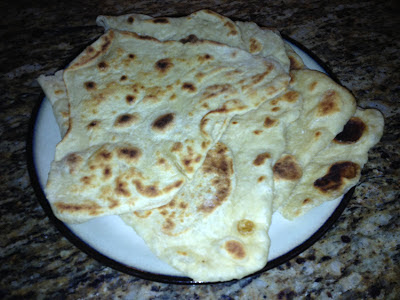 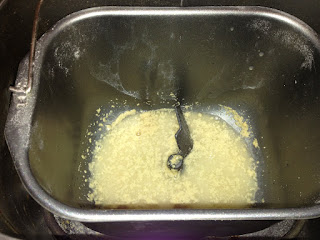 Put in the breadmaker in this order:

Select 'dough setting'.  It will knead the dough and then warm the unit to allow it to rise.  After my dough had risen, I punched it down and let it rise a second time.  This process takes about an hour to rise, but You could leave it all day in the breadmaker if you wanted.

*If you don't have a breadmaker-
In a large bowl, stir together the water, yeast and sugar and let stand for 5 minutes, until foamy.
Stir in the flour, salt, oil, yogurt and egg and stir.
Knead until you have a soft, pliable dough.
Cover with a towel and let rise until doubled in size- about an hour.

Divide the dough into 8 pieces- easiest with a pizza cutter. 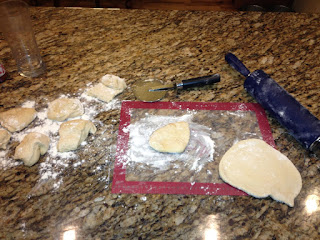 On a lightly floured surface, roll out each piece into a thin circle or oval.

This worked best for me to flatten it out with my palms first and then roll it with the rolling pin as thin as I could. 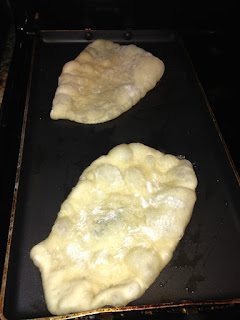 Cook each piece on a hot skillet or griddle drizzled with olive oil. 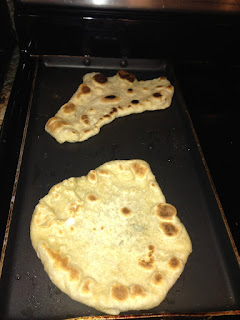 I served with Cinnamon HoneyButter.


I derived the recipe from here for this Naan.
Posted by Kristina at 10:49 AM